7 Best Games You Can Play on Apple iPhone 12 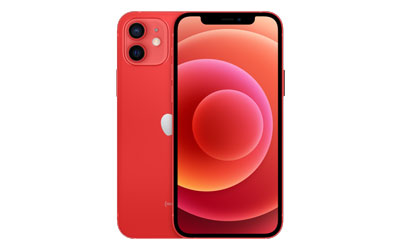 If you’ve received your latest Apple iPhone from TELUS, whether it’s the iPhone 12 Pro or the iPhone 12 mini, you’re probably wondering what games you can play using it.

After all, the iPhone 12 series is still new. There are so many games and apps that you can add to your TELUS Phones. Whether you’re using the iPhone 12 Pro Max, or the iPhone 12 mini, here are the top 7 games you can enjoy on your Apple device.

It’s no wonder this game made it to the top of the list. Genshin Impact is an action game that is open-world. It’s best played using the iPhone 12 or the iPhone 12 Pro Max. You’re free to explore plus you’ll get hooked on its wonderful art and music direction. They also have unique characters and good gameplay.

If you’re into magic and fantasy worlds, try this out. The game is updated regularly, so you can do more within the game. And the best thing? It’s all free.

Ink Inc. is a great game for anyone who wants to give being a tattoo artist a try. It lets you simulate what it’s like to grow a tattoo business.

Although it’s not as action-packed and thrilling as the other games on the list, it’s still enjoyable nonetheless.

It’s a simple game with simple mechanics. A perfect game to play when you’re waiting in line.

How about playing an RPG with puzzle elements? If you enjoy those kinds of games, try Grindstone!

This one’s great on the iPhone 12 mini. So when you play, you’ll be given 1 barbarian character and your goal is to overcome any monsters you find along your way while you locate the exit.

If you’re looking for a shooter game, Brawl Star is a must-try. It’s from the same makers of other well-known games like Clash of Clan, Boom Beach, and Clash Royale.
You’ll be in a battle arena and fight other players. Your goal is to kill as many players as you can so that you can unlock new characters and new skills.
You can play it using any of the iPhone 12 devices, but it’s best played on a bigger screen like the iPhone 12 Pro Max.

Subway Surfers is a classic endless runner game, similar to Temple Run. All you need to do is run on the subway, evade any obstacles, and jump over cars. All this while collecting coins without falling from the platform. You can even customize and unlock new characters.

The best device to play this is using the iPhone 12 mini. The small screen allows you to effortlessly maneuver your character.

Call of Duty, the most popular PC game can now be finally played on mobile. If you want to get the most out of its graphics, the iPhone 12 Pro Max will give justice to this thrilling game.

This first-shooter game already surpassed 1 billion playtimes per month — and this is for the mobile version alone!

Tencent Games and TiMi Studios, the game’s developers are always releasing updates and content to make this game more thrilling than it already is.

Be the very best that no one ever was with Pokemon Go!

This game lets you catch pokemon while you explore the real world. You’ll encounter different kinds of pokemon plus you’ll have a blast finishing missions.

You’ll need a long battery life when you play this game though, luckily, the iPhone 12 is just the right device for this.

If you browse through the App Store on your iPhone, you’ll see that there’s a ton of games that you can play on your iPhone from TELUS. Just keep in mind that the different devices have different screen quality, responses, and resolution. The game experience will vary for each device. But one thing’s for sure — you’re going to love playing the 7 games mentioned above.